The 69th edition of the Kuurne–Brussels–Kuurne cycling classic was held on 26 February 2017. It was part of the 2016 UCI Europe Tour and ranked as a 1.HC event. It was the second and concluding race of the Belgian opening weekend, the year’s first road races in Northwestern Europe, one day after Omloop Het Nieuwsblad.

Peter Sagan (Bora-Hansgrohe) delivered an emphatic sprint to win Kuurne-Brussel-Kuurne from a five-man group Sunday. Last year’s winner Jasper Stuyven (Trek-Segafredo) had to settle for second place, while Luke Rowe (Sky) claimed the third step of the podium. Already part of an elite selection that formed after the Oude Kwaremont, the quintet forged clear on the finishing circuit in Kuurne to fight out the victory.

The beauty of Belgium’s Opening Weekend is that it gives an instant shot at redemption. Sagan, beaten into second place by Greg Van Avermaet (BMC) at Omloop Het Nieuwsblad 24 hours prior, made amends with a powerful sprint in Kuurne. In truth, Sagan hardly seemed too distraught at missing out in Ghent on Saturday, but the Kuurne-Brussel-Kuurne victory – his first for Bora-Hansgrohe – bodes well for the remainder of his spring.

“We will see. The big goal is to stay good,” Sagan said gnomically as he waited to mount the podium. “After that, whatever comes, everything is good.”

The winning move took shape when Stuyven attacked from the front group with a little under 30 kilometres remaining, shortly after the race came through the finish line in Kuurne for the first time. Sagan wasted little time in jumping across to the Belgian, dragging Matteo Trentin (Quick-Step Floors) with him.

Tiesj Benoot (Lotto Soudal) show-cased his prodigious talent by bridging across alone shortly afterwards, while Rowe was the final man to hitch onto the winning train. BMC, with four riders in the front group including Van Avermaet, were inexplicably left standing on the platform, tickets flapping in the wind. Despite the efforts of Stefan Küng, they never got back on terms.

By the time Sagan and company took the bell for the final lap, their advantage over the chasers had nudged out beyond 30 seconds, but with the main peloton – which had earlier seemed irretrievably distanced – now closing to within a minute, they couldn’t afford to start eyeing one another ahead of the finale. Instead, the quintet put their shoulders to the wheel to such good effect that they entered the final three kilometres with a lead of 45 seconds.

“I wanted to go for a normal sprint, but they started attacking after crossing the finish. After that, I was in the front in the breakaway and I was really glad the guys in the front worked very well,” Sagan said.

The pace then dropped in the break, but no attack was forthcoming. When Sagan found himself on the front with 1,500 metres remaining, he risked being forced to lead out the sprint, but he cleverly extricated himself from the situation by slowing almost to a standstill beneath the flamme rouge and manoeuvering Trentin to the front.

Trentin, his hand forced, perhaps, promptly attacked with 800 metres remaining, but the move was instantly shut down by Rowe, and he found himself leading out the sprint. Such was the caginess in the front group that both the chasers and the main peloton were closing to within touching distance by the finishing straight, but it was too little, too late.

Sagan rose from the saddle with 220 metres to go and produced a powerful acceleration, quickly opening gap of three lengths over the rest of the group. Stuyven battled gamely to get back on terms, but the world champion had ample time to celebrate his win before crossing the line. “We stopped again with 500 metres to go, so it was a slow sprint, but I thought I would start from 250 metres,” Sagan said.

The race set out from Kuurne without three-time winner Tom Boonen (Quick-Step Floors), who endured something of a lost weekend. After crashes ended his Omloop Het Nieuwsblad challenge, illness prevented him from adding to his record tally of Kuurne-Brussel-Kuurne wins. With just 42 days remaining until his retirement after Paris-Roubaix, the Belgian will likely have just four more races – E3 Harelbeke, Gent-Wevelgem, the Tour of Flanders and Scheldeprijs – on home roads.

Kuurne-Brussel-Kuurne boasts twelve hills in total, but the principal difficulties are clustered near the midway point, and the decisive selection came on the Oude Kwaremont with 80 kilometres remaining, when Zdenek Stybar (Quick-Step Floors) and Benoot went on the offensive near the top, eventually bringing a group of around twenty riders with them.

Although Tony Martin (Katusha) crashed out of the group after clipping a parked car, with the likes of Sagan, Van Avermaet and Ian Stannard (Sky) on board, there was more than enough firepower to stay clear. They later linked up with Roelandts and the survivors of the early escape inside the final 45 kilometres after the final climb, the Nokereberg. Despite Direct Energie’s efforts in the main peloton, it was clear that the winner would come from this elite selection.

The whittling down process was not yet complete, however, as Stuyven seized the initiative with determined attack on the finishing circuit. Sagan had dosed his efforts on the front carefully to that point, leaving the pace-making to Quick-Step and BMC, but he was live to the danger and bridged across. After missing out in Ghent on Saturday, he would make no mistake in the sprint in Kuurne. 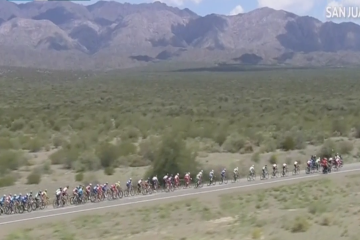 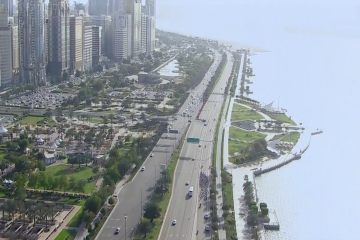 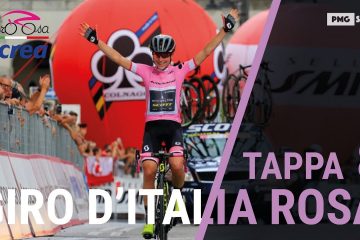 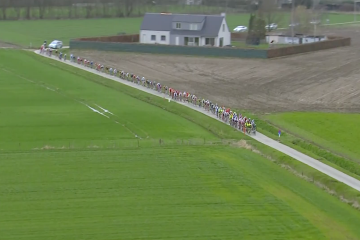 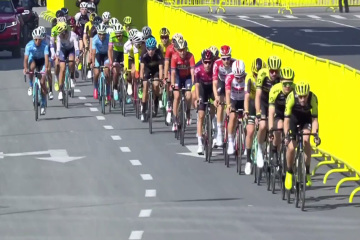 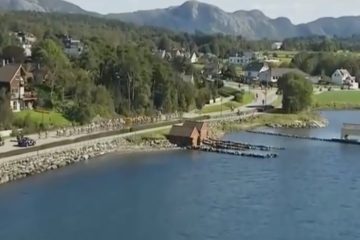 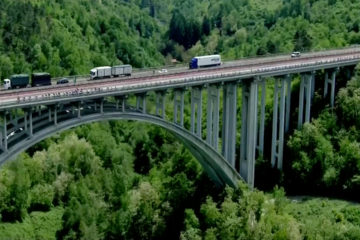 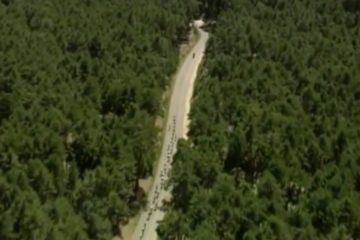 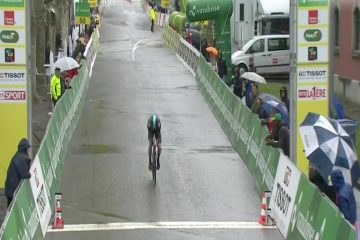 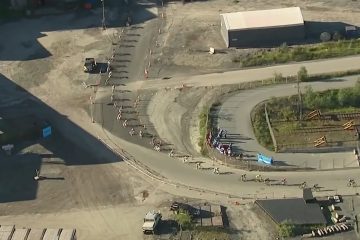 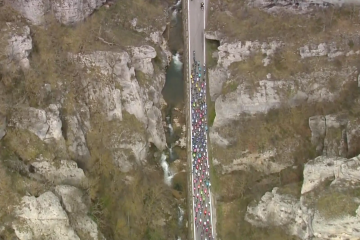 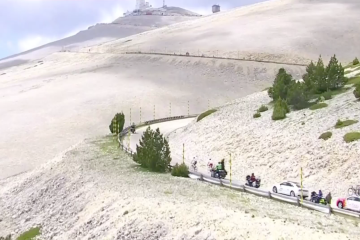 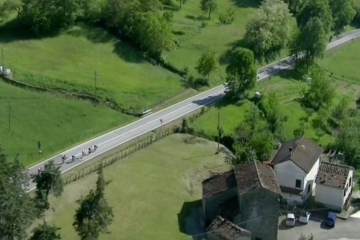 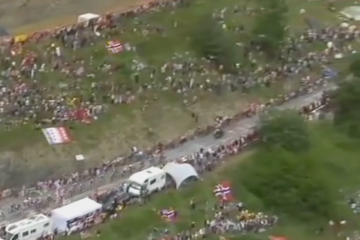 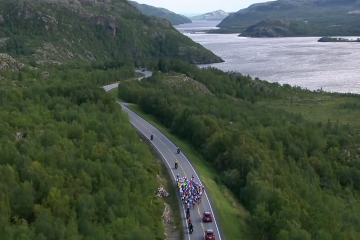 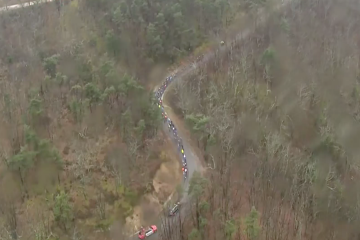 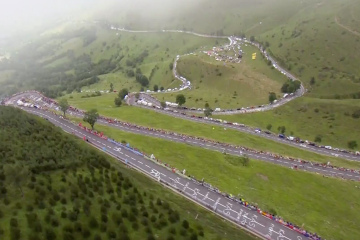 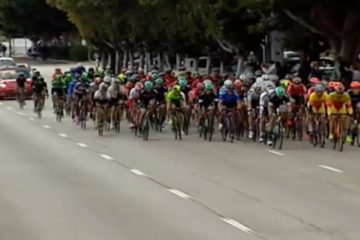 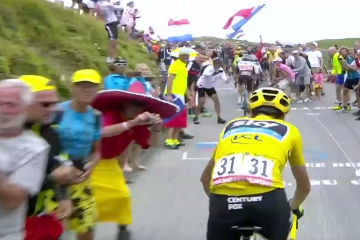 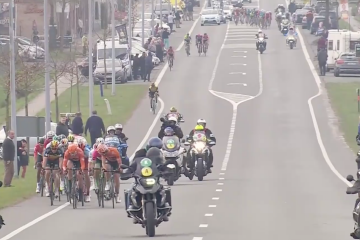 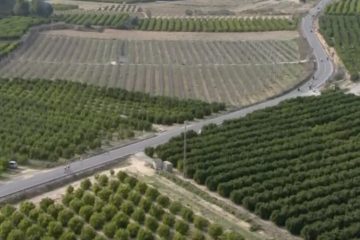 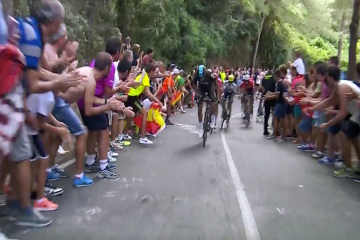 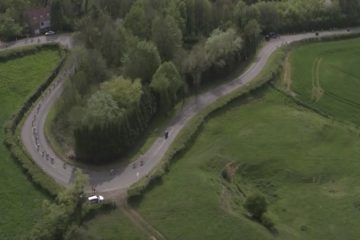 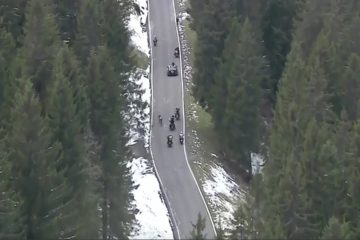 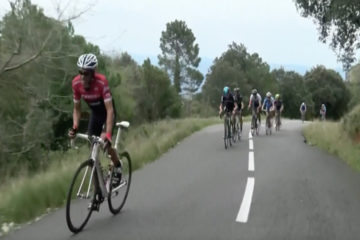 Please support this website by adding it to your whitelist in your ad blocker. ADS and DONATIONS are what helps me bring you quality cycling videos! Thank you!